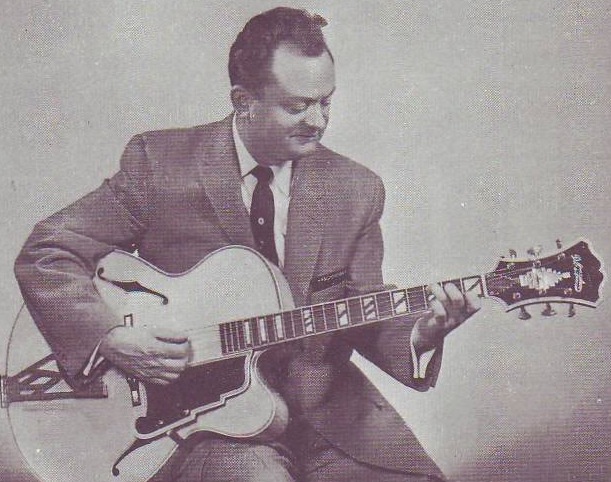 Appendix II of The 50 Greatest Guitar Books features several Top 10 lists of favorite guitar books from many illustrious players, educators, and publishers. Among the names is Collin Bay, who is in change of artist relations and product development at Mel Bay (not to mention being the grandson of the legendary Mel Bay).

When I reached out to Collin for a contribution he responded within just a few hours with two lists: one with commentary, one without (the list were only slightly different). I was so blown away by how well-written and thoughtful his commentaries were I assumed he’d made a list like this in the past. But no, he reassured me that he just started writing what came to mind. I was thoroughly impressed.

Regrettably, to keep the appendix II consistent, I was unable to publish Collin’s commentaries in the book. So I’m posting them here so we can all benefit from Collin’s insight. Enjoy.

Growing up in the Bay household I had access to more music books than anyone could possibly imagine. There were quite literally decades worth of music books that both my dad and grandfather had collected. This environment was extremely beneficial to my development as a musician. I remember my first guitar lesson at Interlochen Arts Academy, where I went to high school: the guitar teacher and I talked through the four-year curriculum—I had already worked through every single title on his list!

I mention this because it is simply impossible to provide a definitive list of the top ten guitar books. My list would change every day. Further, aside from the countless books that influenced my musical education, I also was lucky enough to attend two amazing conservatories (Interlochen and New School University)—my experiences in those schools were invaluable and I can’t even begin to list the teachers and peers who helped me grow musically…and that is to say nothing of the actual music that has shaped my ear and mind.

Without further ado I present my list of ten music books that changed my life:

Quite literally, this book put me through college. My grandfather was asked to put together a guitar method for the troops during World War II via the GI Bill. After the war he took his method to all the major publishing houses, all of who told him the guitar was a passing fad with no future. He self-published and 10 million copies later can be looked at as an example of someone who lived the American Dream. This title is hugely influential—I would put its reach against that of any music book ever published. It has been imitated ceaselessly because of its simplicity and accessibility. There is no better beginning guitar book.

In my opinion this book was my grandfather’s other truly revolutionary idea. Prior to Guitar Chords, chord reference books just didn’t exist. This book is responsible for spawning an entire branch of music publications: reference guides. This book, as well as his work in general, played a significant role in establishing the guitar as a “serious” instrument; one worthy of the most rigorous study and a place on the most prestigious international stages… and it’s still as useful and relevant today as the day it was published.

This was the textbook for a class I took at Eugene Lang College The New School for Liberal Arts called The Science of Music and Sound. I read this cover-to-cover and it completely turned my musical world upside down. I previously only had limited exposure to scientific side of music. This book approached everything from the physics behind sound production to the neurological functions associated with music perception. I feel this is perhaps the most important aspect of music to study, and is at the vary least of prime importance to any musician. It also provided me with knowledge that enriched my experience listening to music.

This is a book I refer to every single day in my editorial work at Mel Bay. This is another reference book I read cover-to-cover. It has an awesome section explaining the origins of music notation. I also read it in hopes of discovering new musical devices I could use compositionally—I found a ton. This book is a definitive reference guide for any and all music notation issues and gets quite specific even with extended techniques for each family of instruments.

I read this book at the same time I was checking out the Perry R. Cook book. This book actually charted on many bestseller lists, and while it is written as a narrative it still contains a plethora of information vital to anyone wishing to produce sound.

The last time I heard Bing & Ruth was in a small club in Redhook, Brooklyn, and I was with a friend from another country who, prior to the concert, knew nothing about their music. During the concert she was so overwhelmed with the beauty and intensity of the music, she actually basically had a meltdown—she was crying and had to step out! Bing & Ruth’s music is almost indescribable. Sonically it is somewhat similar to minimalism; however the musical underpinnings bely each member’s theoretical grounding in jazz, third stream and Avant-garde traditions. One of the coolest parts of my job at Mel Bay is getting to come up with the books that I would buy, that don’t exist, and bringing them into print. This is one such book. Regardless of whether or not you’re into David Moore’s music, this book is chock-full of cutting-edge musical ideas, especially centering on form and timbre.

A few years ago I was hanging out several friends’ apartment in New York City. There were maybe six musicians there and we were all hanging out, sharing music, playing music together and listening to music. Two of my friends played a cover of a song by The Defibulators called Dum Dum. The song is pretty simple but the lyrics are unreal. One line in particular jumped out at me: “Drinking gasoline like it was milk”. I delved deeper into their music and found one of my most favorite bands of all time. Like the Bing & Ruth project, I was extremely proud to work with The Defibulators and bring into publication a book I wouldn’t have otherwise been able to read. This book is more than just a songbook though—it really is more like a musical autobiography. There are lead sheets, solo transcriptions, essays and more that really paint a total picture of The Defibulators as musicians. I am most impressed with musicians who draw on their disparate influences to meld them into something new, original and innovative; The Defibulators have accomplished that and this book shows how.

Simply the best-written, most captivating history of twentieth century classical music. Classical music from that century has had a profound influence on me musically and Ross brings to life the music and composers of that era.

In preparing this write-up I checked out the Wikipedia entry for The Real Book, which is pretty comical for many reasons—check it out! Speaking briefly to the content, this book is a collection of songs from the “Great American Songbook”—mostly popular 32-measure AABA form tunes from Tin Pan Alley. I personally have very little use for any of these pieces nowadays, but they are important to study for many reasons, probably primarily because they are the basis of American popular music even today, and the harmonic movement in many of the songs is still the “meat and potatoes” of harmony today. This book is now available legally (with some alterations), but the legal edition was not in print when I was studying jazz. The reason this book is on the list for me though is because it opened my eyes to the world of copyright law. Discussing copyright and intellectual property in general is totally a hot potato these days, and I have more to say on it than I can fit into this paragraph. Still—how crazy is it that if a musician wants to cover a song live or on record, he or she can, but if a musician wants to put his or her arrangement of that song in print, they can’t without securing permission and they could be denied? Copyright laws are vitally important; yet, as they are currently written they completely inhibit creativity, are very anti-artist, anti-small business, and lend themselves to massive conglomerates creating monopolies. This is an issue I am extremely passionate about, yet one I have no optimism about the prospects ever improving. Anyway, as a music publisher I absolutely cannot endorse this book. But it is undeniably useful, despite being riddled with errors, and a fascinating piece of work. The paradox of someone creating such a pivotal, influential work, yet never being able to claim credit for fear of being jailed and bankrupted, is complex and riveting. So don’t buy this controversial, amazing, horrible book!

Ricardo Iznaola is one of a few truly brilliant pedagogues. He also happens to be so good at guitar it makes me sick. As a 12-or-so-year-old kid studying classical guitar, this book was really helpful. It provided me with a great way to approach the instrument and practice in general. It laid the foundation for years of serious work I then put in on the instrument. I probably wouldn’t be the musician I am today without having read this book, as I wouldn’t have been as effective at practicing.

A big thanks to Collin for his thoughtful contribution. See you next week. Sincerely, Shawn Persinger